I am not sure how I am still alive after my last endeavor of fixing something at our house.
It all started when my wife mentioned that our kitchen’s chandelier lights needed to be replaced.  Not that big of a deal except that all of the lights were out at the same time and that just never happens.  So I, being the big macho man that I am, decided that instead of trying the easy fix and replacing the light bulbs, I ended up going to the circuit breaker to turn off the power and look at the wires.
After about fifteen minutes of turning on and off all the switches trying to find which circuit the lights were tied into, I finally found it… or so I thought.  Well I loosened the plate on the ceiling, brought down the wires, and started to switch some things around. With each possible fix, I went to the breaker and flipped the switch only to have Lindsay tell me that it still wasn’t working.  After a good thirty minutes of playing around with the wires, I reconnected everything, as it was before I went all macho, and started messing with the wires and got a lightbulb so that I could try the easy solution that I knew just wouldn’t work.
Since I had the breaker off while I was messing around getting the wires back to how they were all connected before I started, I thought I might as well replace the lightbulb and then go switch on the breaker.  As I twisted the lightbulb in, something funny happened…it turned on.
It turned out that I had been messing around with live, possibly could have killed me or seriously hurt me, wires for the past thirty minutes.  I still have no Idea how I wasn’t shocked, electrocuted to death, or at least badly burned or injured.  My hands were all up in them wires and somehow I am alive to tell about it. 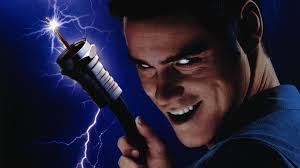 Pro Tip: When fixing something at your house, especially something potentially very dangerous, don’t bother starting with the simple solution, instead, try the most time consuming and difficult solution you can think of.
The icing on the cake of this near death experience is that in trying to figure out which circuit this light was on, I managed to blow a fuse in one of my garage door motors as I flipped the switches on and off.  It caused me to be late to work the next day because I had to finagle getting my car out of the garage with no power to the door.  Also, I had the pleasure of spending $176.70 on getting it fixed, but I did buy a new keypad so that we could open our doors without remotes when we go on our family walk.
#Winning